A brief history of Black cooperatives in the U.S. 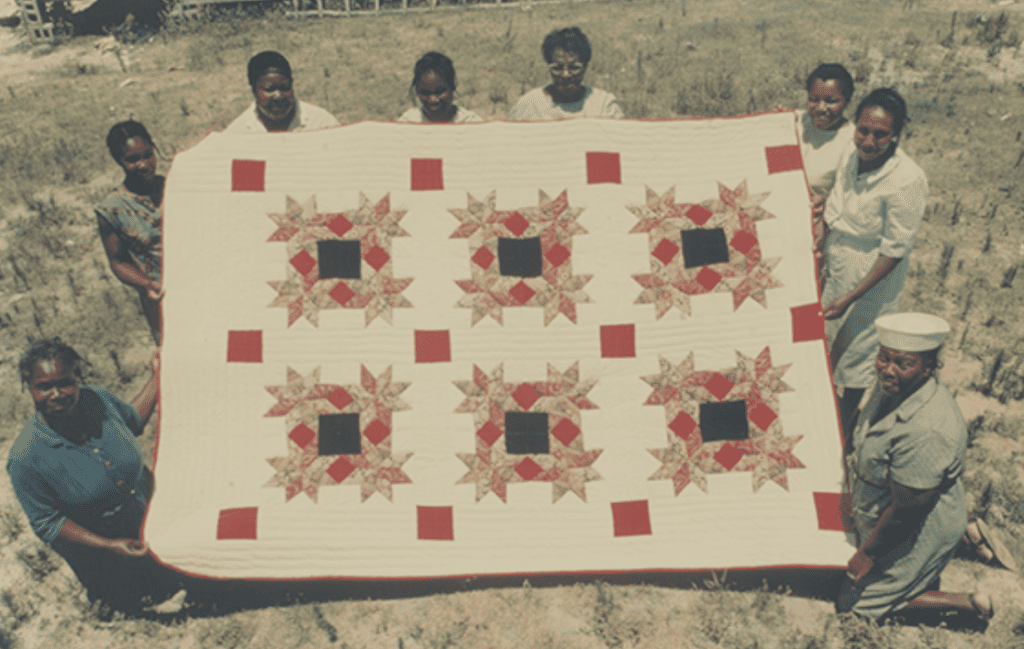 Though centuries of erasure have shrouded the impact Black Americans have had on the history and development of modern cooperative economic movements, countless historical examples remain.

Dr. Jessica Gordon Nembhard is a political economist specializing in economic development policy, Black political economy, and popular economic literacy. Her extensive research chronicles the robust (though mostly-forgotten) history of a people determined in their fight for self-sufficiency, communal resilience and economic prosperity.

In an interview with writer Mira Luna, Dr. Gordon Nembhard talked about her research on African American cooperative economics, which she further detailed in her 2014 book.

Questions and answers have been edited for length and clarity.

Q: Why did African-Americans first start getting involved in cooperative economic activity? Was it for political or practical reasons or both?

Dr. Gordon Nembhard: African Americans started using cooperative economics from the moment they were forcibly brought to the Americas from Africa, at first for practical reasons. They realized that their survival depended on working together and sharing resources.

Enslaved Blacks might share a small kitchen garden to provide more variety of food than what the master would give them. Those that had the opportunity to earn money would pool those earnings to buy each other’s freedom – when there was a master who was willing to sell. Gradually, enslaved as well as freed Blacks started mutual aid societies through religious and fraternal institutions.

These pooled members’ dues and monthly fees to use to bury a member, provide a small stipend for widows and orphans, for health care access, etc.

As more and more became free, the mutual aid societies became larger and covered more services. Eventually some evolved into mutual insurance companies. Freed African Americans in those early years and after the Civil War also pooled money and labor to buy and run a farm or jointly buy farm supplies and reduce costs.

Q: Can you tell us about other types of cooperative economic activities have Africans been engaged in?

Dr. Gordon Nembhard: After Reconstruction, some elements of organized labor joined together for economic and political reasons to try to win political rights for small farmers, laborers and Blacks. There were a few integrated unions that operated mostly in the South. The Knights of Labor was one such group. In the 1870s and 80s, they promoted cooperative stores and warehouses, collective lending, and worker cooperatives.

They faced fierce retaliation (sometimes, even lynching) from former white plantation owners and masters. But, as one group would go underground and disburse, others started. After the Knights of Labor was the Colored Farmers’ Alliance and Cooperative Union – an all-Black initiative with connections to the Southern Farmers’ Alliance. They had similar aims to the KOL, but increased efforts—as such, they were able to establish a few cooperative “exchanges” (warehouses and credit outlets) in several southern towns.

In the North, most of the early cooperative activity was based around mutual aid societies. The first Rochdale type Black cooperative started in 1901 in Ruthville, Virginia, Mercantile Cooperative Company. In 1915, the Pioneer Cooperative Society formed in Harlem and opened a small grocery store in 1919. The Colored Merchants Association, a marketing cooperative of independent African American grocers, was founded by the National Negro Business League in Montgomery, Alabama, in 1927.

Dr. Gordon Nembhard: In 1934, Bricks Rural Life School, run by the American Missionary Association, developed a program of adult education for African American cooperative development. Two years later, the school organized a credit union. Members then jointly bought a tractor. In 1938, the school opened a cooperative store, and in 1939 it developed a health program.

The Freedom Quilting Bee was established in 1967 in Alberta, Alabama as a handicraft cooperative founded by women in sharecropping families. In 1968, the cooperative bought twenty-three acres of land on which to build their sewing factory. They also provided day care and after-school services for members’ children and others at the sewing factory.

In 1992 after the uprising in South Central Los Angeles (following the police acquittals in the Rodney King case), Food from the ‘Hood, a student-led co-op at Crenshaw High School in Los Angeles, started a school garden and gave the produce to their low-income neighbors. They also began to sell their vegetables at a farmers’ market, and then started a multiyear project to sell salad dressing made from produce grown in their school garden.

Q: How has this work supported the civil rights and black power movements or vice-versa?

Dr. Gordon Nembhard: The Freedom Quilting Bee is one example of Black cooperatives directly supporting the civil rights movement and people’s involvement in it. Almost all African American leaders and major thinkers, from the most conservative to the most radical, have at some point promoted cooperative economic development as a strategy for African American well-being and liberation.

Q: There are many foundations, city agencies and nonprofits addressing poverty now in communities of color, but few integrate cooperative economics into their programs. Why is that?

For many, the cooperative model is not well known and is often denigrated which reduces people’s exposure to the model and precludes potential services and support from agencies that help small businesses. In addition, capitalization and access to capital for cooperatives can be limited. Meanwhile, cooperatives are an old model, having been used by every group throughout history. About half the world’s population are connected to cooperative enterprises for their livelihood in some way, and research suggests that cooperative businesses have lower failure rates than traditional corporations and small businesses, and may be better for the economy overall.

Q: Based on your research, how might cooperatives support broad social change and what can people do in their own communities to support the development of a cooperative economy locally?

Dr. Gordon Nembhard: Cooperatives solve economic problems in different ways than conventional for-profit businesses. They operate on the values and principles of democratic participation, inclusion, solidarity, and sharing. These principles have positive implications for every racial and ethnic group around the world, and they’ve proven successful in urban as well as rural areas. Coops are also resilient, they develop – and survive – as a response to market failure and economic marginalization.

Increasing awareness of and information about cooperatives among the general public and government agencies is one of the most important first steps. We also need expanded, less restrictive, and more uniform co-op laws (at state and federal levels) and supportive infrastructure, particularly for startup, capitalization, and financing. This includes establishing loan funds, small business services, and workforce funding dedicated to cooperative development.