How will rising interest rates and inflation impact the wallets of Black Americans? 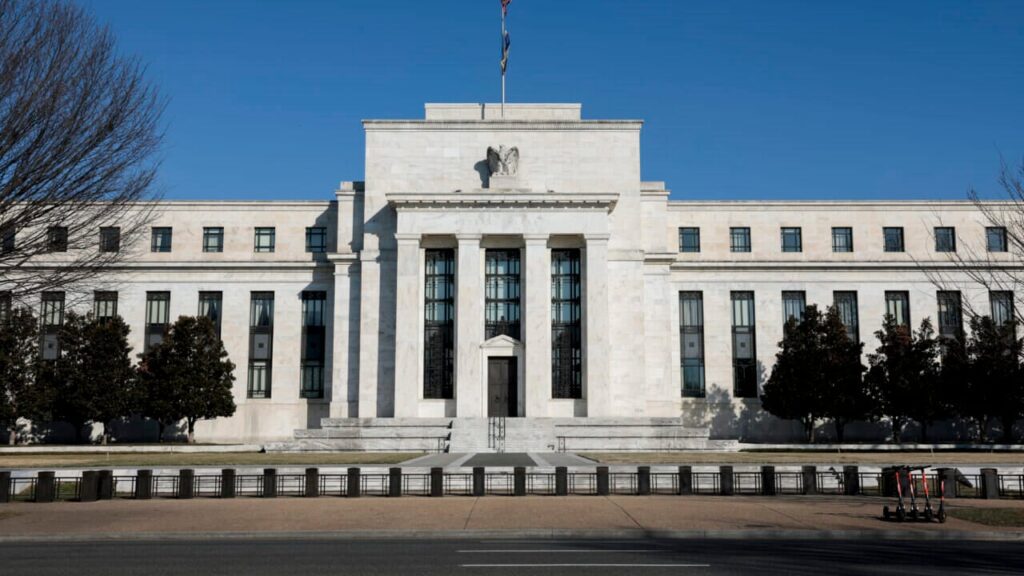 Days after the Federal Reserve raised interest rates to slow down the economy and bring down prices for goods and services like food and gas, President Joe Biden on Tuesday assured the American public that the White House is working hard to respond to rising inflation across the country.

“I want every American to know that I’m taking inflation very seriously and it’s my top domestic priority,” President Biden said in his address. The nation’s commander in chief argued that current inflation is a result of lingering effects of the pandemic and Russia’s war in Ukraine, but added that some aspects are “outside of our control.”

The president reiterated measures his administration is taking to tackle inflation, including releasing oil from the nation’s stockpile reserves to help meet gas demand and allowing the sale of gasoline via homegrown biofuels this summer.

Biden said other measures will be sought through legislation in Congress to pass landmark investments in clean energy and make the United States less reliant on fossil fuels, including tax credits for businesses that produce renewable energy and for families to make their homes more energy-efficient.

The president also sought to draw a political contrast between his party and Republicans on strategies to curb inflation. He called out Republicans over an 11-point policy plan released by Sen. Rick Scott, chair of the National Republican Senatorial Committee, claiming that under the plan the GOP would raise taxes on the middle class and cut social programs like Social Security, Medicare, and Medicaid.

It’s no surprise that the Biden-Harris administration is turning up the partisan rhetoric against Republicans and aggressively trying to tackle inflation, as the state of the economy will be a driver for most American voters in this year’s primary and midterm elections.

According to the most recent data polled by HIT Strategies, inflation and cost of living (43%), and jobs and wages (33%) were tracked as the top key issues for Black voters.

The Federal Reserve’s decision to raise the federal funds rate by half a percentage point – the largest increase in more than 20 years – is mostly seen as a necessary move to curb inflation. But doing so will cause interest rates to rise for financial products like credit cards, some student loans, new home mortgages, and car loans. There are also concerns about how rising interest rates will affect Black consumers already disproportionately impacted by low wages and unemployment.

U.S. Rep. Maxine Waters of California told theGrio that she is “concerned” about the Fed’s move to raise interest rates amid worries that it could cause a recession.

“People of color who earn less money, who do not have the jobs to meet all of their needs now will be greatly disadvantaged with a recession,” said Congresswoman Waters.

The Democratic chair of the House Committee on Financial Services said she backs President Biden’s response to inflation thus far, which includes efforts to fix supply chain issues and calling on corporations, particularly within the oil industry, to stop price gouging – which he did again in Tuesday’s remarks.

Waters encouraged Biden to continue using the “bully pulpit” to call out corporate greed. “It will not be taken lightly,” she told theGrio. “The government will take a deep look at what they’re doing and if, in fact, the gouging that they’re doing certainly is an opposition to practices and policies and laws…they will be dealt with.”

Despite the efforts already taken by the White House to address inflation, prices continue to climb. What’s more, the Federal Reserve’s raising of interest rates could have compounding effects on Black households, which have the lowest median income at just over $45,000.

Shariff Muhammad of the Association of African American Financial Advisors, told theGrio that inflation and rising interest rates could be a “double whammy” for Black consumers.

“The real worth of their everyday spending dollar has decreased dramatically, while the cost of accessing funds, whether it’s the use of credit cards or short-term borrowings, have gone up as a result of the Fed funds increase,” said Muhammad. “It is definitely a squeeze.”

William Spriggs, a professor of economics at Howard University, told theGrio that the main takeaway from the Federal Reserve’s raising of interest rates is that the Fed believes “the economy is growing too quickly” and therefore are moving to “slow the growth of the economy.”

However, he cautions that the focus should be less on rising prices. “People who focus on the price part are a little off because, in a lot of the things that we do, you don’t really see it,” said Spriggs.

What consumers should be more concerned about, he argued, is its impact on the number of jobs, and good-paying jobs, available in the market. The Federal Reserve, he said, believes that price increases are being driven by “too many people having too many jobs and making too much money.”

“That demand is exceeding the ability of the economy to supply goods,” said Spriggs of what he believes is the thinking of the Federal Reserve.

However, Spriggs did acknowledge that a tighter economy could hurt Black households. “When the money supply tightens, it becomes much harder for Black people to get banks to refinance or to let you draw equity out of your home,” he said, noting that many Black homeowners faced that challenge during the Great Recession between 2007 and 2009.

Spriggs said that “fortunately” there is a lot of liquidity in the market and therefore most Black homeowners currently “have their heads above water” and equity in their homes.

“But with these higher interest rates, it would be harder to put on that equity as a safety net to get through the turbulence should the labor market turn from positive to negative,” he cautioned.

Spriggs said the recent jobs report for April released by the U.S. Bureau of Labor and Statistics revealed that the labor market continues to improve as the country works to regain the millions of jobs lost in April of 2020. He noted an increase in the employment rate for Black men as a good sign.

“It is a reminder that even with the turbulence in the economy…we’re still seeing hiring taking place and we’re seeing Black people get some jobs,” said Spriggs.

He added that while normally the Black unemployment rate is double the rate of white Americans, in the last two months it has fallen below that marker. “Let’s hope that this interest rate doesn’t slow that pace down too much,” he added.

As for what Black consumers could do to prepare for the rise in interest rates amid ongoing inflation, Muhammad of the Association of African American Financial Advisors told theGrio that borrowers should negotiate with lenders on a fixed interest rate. He also advised refinancing their debt or paying off as much as possible because “this is not a good time to be in debt.”

The Federal Reserve’s latest move will cause interest rates to rise for credit cards, some student loans, new home mortgages and car loans.