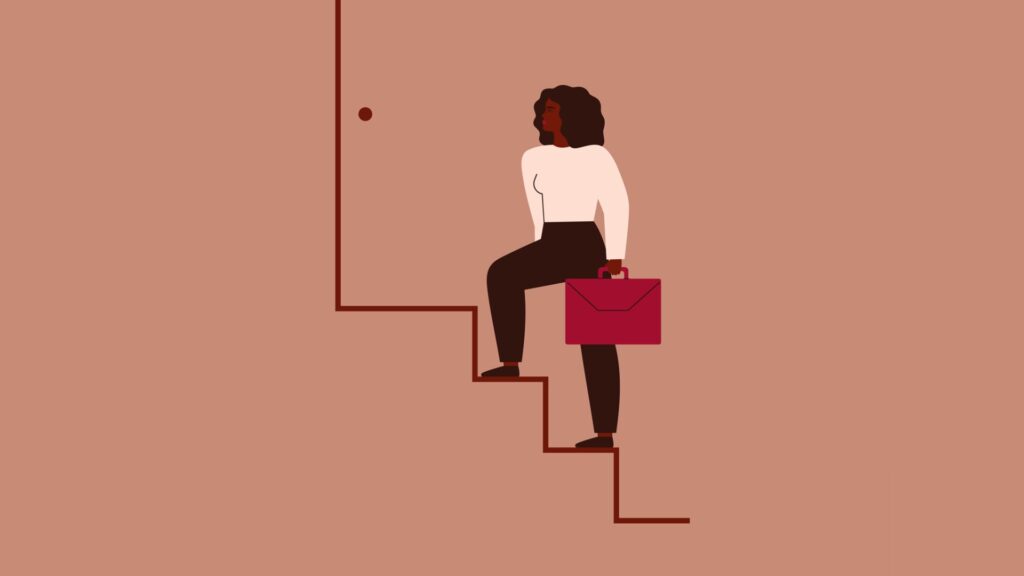 Black Americans face barriers in the financial system, from buying a home to building credit. These entrepreneurs are trying to help.

Growing up, Dennis Cail didn’t have any banks in his Monroe, Louisiana, neighborhood. He saw payday lenders charge his father and uncle, both employed at the local paper mill, 30 percent fees to cash their checks, plus exorbitant interest rates if they needed to borrow money. So, after a career in M&A advisory, Cail decided to try to remedy these all-too-common issues–and help people pay their bills.

In 2018, he started Dallas-based Zirtue, a fintech platform that helps people lend money to family or friends at 0 percent interest for terms of less than one year, or 5 percent for longer-term loans. Peer-to-peer lending, which accounts for an estimated $184 billion annually, can be applied to any expense. So Zirtue structures lending agreements between friends and family members and automates the repayment process, making it easier for its individual customers to pay their bills and for its corporate customers to collect payments. When you arrange to borrow money from a family member to pay your heating bill, for example, Zirtue’s new service sends the funds directly to the energy company. The app “helps keep the lights on, the car running,” Cail says. Starting in February, customers who use Zirtue to borrow money to cover a bill will also have access to a bank account and a debit card.

Cail is one of a wave of Black entrepreneurs attempting to address the racial wealth gap and build more equitable access to financial services. According to the Federal Reserve, in 2019 the typical White family in the U.S. had eight times the wealth of the typical Black family. “Less wealth means Black Americans are underrepresented in the market for financial products and services,” states a 2020 report from McKinsey. Here are four more Black founders who aim to fix that.

Brooklyn-based Guava helps Black-owned businesses bank and build community, and has plans to offer assistance with access to lower-barrier loans. Founder and CEO Kelly Ifill grew up in a family of immigrants and entrepreneurs in Brooklyn’s Brownsville neighborhood. She had a job in venture capital but quit to start Guava when she saw how hard the pandemic hit Black-owned businesses. (Guava wasn’t her first startup–she had previously co-founded a venture firm, Seneca Network, to help diverse founders get capital.)

“I am trying to enact change for people I love and care deeply about,” she says. “And that’s hard.” She’s taken on a huge issue: the lack of access to startup capital Black business owners often have. The average Black-owned startup has $500 in outside equity upon founding, compared with $18,500 for a typical White-owned business, according to the National Bureau of Economic Research. Guava has raised $500,000 to date, and in mid-January completed an invite-only launch. Ifill hopes to have a couple thousand users by the end of the year and be able to lend to small businesses on the platform by early 2023.

Gig Wage makes it easier for companies to get money to gig workers, with instant payment options and easy integration into company software. “Our vision is to be financial infrastructure for the gig economy,” says founder and CEO Craig J. Lewis, pointing out that Black and Hispanic Americans are more likely than Whites to do gig work. Formerly a payroll technology executive, Lewis founded the Dallas-based company in 2014. The hardest part, he says, was getting funding.

The company says it now has almost 300 enterprise customers and has garnered more than $15 million in capital, but things got moving only when Lewis swapped traditional venture firms for corporate venture. Austin-based Green Dot, which among other things provides financial products to low- and middle-income families, led Gig Wage’s Series A round. It was a good fit. Lewis grew up with those products. His dad was a contractor, so he intimately understood the importance of getting paid quickly when it came to building Gig Wage. “I’ve lived this,” he says. “This is who I am.”

Wole Coaxum, a former J.P. Morgan executive, founded New York City-based Mobility Capital Finance (MoCaFi) in 2015 to help provide access to banking for underserved communities, in addition to other financial services. He was motivated by the protests of the killing of Michael Brown in Ferguson, Missouri. “You have to have, in my mind, an economic justice plan that goes along with a social justice plan,” Coaxum says. Eventually, he came to realize that it’s one thing to build a service to help people get banked–nearly half of Black households are unbanked or underbanked, according to McKinsey–but it’s an entirely other issue to persuade people to use it.

Things shifted in 2020 when the Bedford Stuyvesant Restoration Corporation, a local community development nonprofit, reached out to MoCaFi for help distributing payments to hard-to-reach residents. In response, the company created new partnerships to reach customers, first with the city of Honolulu to distribute Covid relief funds and later with Los Angeles, Birmingham, Alabama, and New Orleans. When people start using MoCaFi to receive payments from government programs–no social security number needed–they can also open a bank account, and access the platform’s other products, including rent reporting to credit bureaus to improve their credit scores, cash-back rewards for shopping with local Black-owned businesses, and private coaching and documentation support for purchasing a home.

There’s plenty of information about how to build wealth to be found through Google, but that’s not enough help for many people, according to Ashley M. Fox, CEO of Empify, a financial education technology company based in Philadelphia. “It’s about someone saying you can do this, we can do this, and I’m going to be here by your side,” says Fox, who prior to founding the company was an analyst at J.P. Morgan and a financial adviser. Empify–the name is a portmanteau of empower and modify–got its first contract in 2017, with the Philadelphia school district, to teach wealth-building skills. It now has partnered with more than 75 school districts, companies, and other organizations.

Empify’s classes typically focus on subjects like brokerages and annuities, and help people develop mindsets that support wealth-building, Fox says. “It’s really about changing how you see money in America,” she says. “My students think being rich in America means being a Caucasian man in a trench coat.” The company also has developed an app and courses for adults, and aims to integrate its courses into school systems all over the world in common core curricula.