What to Know in Washington: Biden Takes Russia Stance to Allies

Biden faces a crucial test of his ability to project power and reassurance amid the biggest European security crisis in decades, as he seeks to rally U.S. allies around harder-hitting sanctions to punish Russia for invading Ukraine.

Biden will join back-to-back summits Thursday with NATO, the Group of Seven and the European Union in Brussels, where the over-arching need to paper over cracks in international support for Ukraine will collide with disagreements over how far to target energy, given Europe’s reliance on Russian gas.

The desire to showcase a common resolve against Russian President Vladimir Putin can’t hide the reality that for all the strong words, there is no will to intervene militarily into a bloody conflict at NATO’s door. The stakes have been raised by the fear that Putin could resort to deploying weapons of mass destruction, as well as unease over the role of China and how Russia’s most powerful diplomatic ally may seek to exploit the crisis. Read more from Jordan Fabian, Josh Wingrove and Alberto Nardelli.

Ukraine President Volodymyr Zelenskiy will take part via video in Thursday’s NATO meeting, where he’ll deliver an address and may “fully participate” in the talks, his spokesman Serhiy Nykyfotov said on television. Read the latest in the Bloomberg News Ukraine Update.

People living in NATO nations reported sharply higher confidence in U.S. global leadership during Biden’s first year in office than during the last year of Donald Trump’s presidency, according to newly released findings from Gallup, signaling support that Biden will draw on this week in pushing for renewed pressure on Russia. Polling from more than two dozen NATO nations showed nearly all saw an increase in approval ratings in 2021, as compared to 2020, when asked about perceptions of U.S. leadership abroad. Read more from Josh Wingrove.

Happening on the Hill

The Senate returns at 10 a.m. to resume work on House-passed legislation focused on competition with China.
The House is not in session.

Judge Ketanji Brown Jackson held her own against a barrage of Republican attacks centering on crime and race, inching closer to becoming the first Black woman on the Supreme Court in a marathon day of testimony before a Senate panel. Backed by broad support from Democrats, Jackson on Tuesday pushed back against GOP accusations that as a federal trial judge she went easy on people convicted of child pornography offenses. Republicans, who have all but conceded Jackson will get confirmed, have seized on crime as an issue as they look ahead to the November midterm elections and the 2024 presidential race. Read more from Greg Stohr and Laura Litvan.

Jackson’s hearing was recessed on Tuesday so members could vote on two trial court nominees, each of whom were confirmed with bipartisan support. Ruth Bermudez Montenegro was confirmed as U.S. District Judge for the Southern District of California, 55-41, and Victoria Marie Calvert was confirmed to the Northern District of Georgia, 50-46, Madison Alder reports.

House Republicans will spend the next three days trying to fill in some of the gaps of a legislative blueprint to guide them through the midterm elections and into the next year if they win control of the chamber. Lawmakers will hear presentations from the heads of seven task forces on the issues and legislation likely to become a part of their agenda during the annual issue conference at a Florida resort outside of Jacksonville. Read more from Emily Wilkins.

With a stalemate on Capitol Hill over approving more funds to deal with the pandemic, health centers may have to scale back Covid testing and vaccination programs if the virus again surges in their communities. The federal program created to reimburse these health centers for serving the uninsured is set to stop accepting claims Wednesday. An official with the Health Resources and Services Administration said the $180 billion pool of money earmarked to aid health-care providers has all been allocated. But some of that money hasn’t yet gone to the hospitals or providers it was promised to. Read more from Alex Ruoff.

Drugmakers are pushing back on pediatric cancer legislation that patient advocates argue is critical to developing more targeted and effective treatment options for children. The bill (H.R. 6972), dubbed the Give Kids a Chance Act, would authorize the Food and Drug Administration to require companies investigating a drug combination for an adult cancer to also launch a pediatric study plan if there are molecular similarities. Read more from Celine Castronuovo.

Senate Democratic leaders are turning to a bipartisan duo to garner Republican support for legislation to cap what Americans pay for insulin. Sens. Susan Collins (R-Maine) and Jeanne Shaheen (D-N.H.) are working to craft legislation in collaboration with Sen. Raphael Warnock (D-Ga.), who introduced a bill (S. 3700) that would cap what Americans with insurance pay for insulin at $35 per month, Senate Majority Leader Chuck Schumer (D-N.Y.) told reporters Tuesday. Read more from Alex Ruoff.

A top U.S. Treasury official said the Biden administration and members of Congress are making progress toward crafting guardrails for fast-growing stablecoins, which U.S. officials have warned could pose systemic dangers. The Treasury is working with Congress on various proposals, according to Nellie Liang, the department’s undersecretary for domestic finance. Christopher Condon and Allyson Versprille have more.

Lawmakers are considering legislation to formally authorize Biden’s Advanced Research Projects Agency for Health (ARPA-H) after it received an initial $1 billion in the fiscal 2022 spending package. ARPA-H is intended to boost funding for breakthrough drugs and treatments for diseases such as cancer, Alzheimer’s, and diabetes. Modeled after the Defense Advanced Research Projects Agency, ARPA-H would invest in research not easily accomplished through traditional funding methods. For more, see the BGOV OnPoint: Congress Debates New Biomedical Research Agency by Christina Banoub.

The president will travel to Brussels, Belgium in preparation of a series of diplomatic events on Thursday, including an emergency NATO summit, a meeting of the Group of 7, and a session of the European Council.

Biden’s administration is committing to a range of actions aimed at stopping the racial bias in home valuations that has long held back people of color from building multigenerational wealth. A report released Wednesday by an interagency task force — co-chaired by U.S. Department of Housing and Urban Development Secretary Marcia L. Fudge and Domestic Policy Advisor Susan Rice — details the pervasive undervaluing of homes owned by Black and Latino Americans compared with white-owned homes. It calls for new legislation, executive actions and enforcement of fair housing laws to close the gap. Read more from Jennifer Sondag and Brentin Mock.

The proposed Gateway rail tunnel between New York and New Jersey is expected to compete for some of the $2.9 billion in grants that the Biden administration is making available for infrastructure projects of regional or national significance, according to Transportation Secretary Pete Buttigieg. “Two types of projects that are eligible under these programs are intercity passenger rail infrastructure and interstate bridges, and the Gateway rail vision and the need for investments that comprises the Gateway certainly touches both of those categories,” Buttigieg said in a call with reporters to announce funding for the grants. Read more from Keith Laing.

People at high risk of severe Covid-19 should act prudently if a new wave of infections requires health authorities to reinstate masking recommendations, Anthony Fauci said. Biden’s chief medical adviser said he expects the BA.2 variant to yield an uptick in cases in the U.S. but not in hospitalizations nor deaths. At the same time, Fauci said there’s likely to be a reluctance to go back to masking and other public health interventions, even if a rise in cases makes that recommendation necessary. Read more from Jeannie Baumann.

The U.S. Labor Department is sending its specialized “Tiger Teams” of unemployment experts to another half a dozen states as it expands its most hands-on effort to date to help states shore up their unemployment systems. The initiative is one of the DOL’s most direct efforts to uncover issues with the unemployment insurance system after an estimated $163 billion in benefits were defrauded from state programs and certain groups struggled to access the aid during the height of the Covid-19 pandemic. Read more from Rebecca Rainey.

The U.S. National Transportation Safety Board named Sathya Silva as its representative for the investigation into the China Eastern crash. In a statement, the NTSB said it’s in contact with the Civil Aviation Administration of China and will support its probe with technical advisers from the Federal Aviation Administration, Boeing and engine-maker CFM “in all ways necessary,” Read the latest in Bloomberg’s China Plane Crash Update.

The U.S. and Philippines will hold their biggest military drills in three decades as tensions grow with China, injecting new life into a defense alliance that had languished in recent years. Some 5,100 American soldiers and 3,800 Philippine military members will train in the Southeast Asian nation from March 28 to April 8, the U.S. Embassy in Manila said in a statement. Read more from Andrea Calonzo.

To contact the editors responsible for this story: Giuseppe Macri at gmacri@bgov.com; Loren Duggan at lduggan@bgov.com

PrevPreviousCommunity Bulletin Board: the North and South Brunswick Sentinel (for March 23)
NextBiden admin. to release plan to stop bias in home appraisalsNext 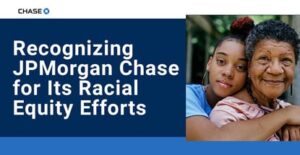